Greenland Gap is a scenic 820-foot-deep pass through New Creek Mountain in Grant County. Both sides of the gap are framed by towering cliffs of Tuscarora sandstone. The North Fork of Patterson Creek, a trout stream, flows through the gap. Known for its natural beauty and virgin forests, Greenland Gap is the centerpiece of a 255-acre nature preserve owned by the Nature Conservancy. West Virginia has designated it a State Natural Landmark.

On April 25, 1863, about 1,500 Confederate soldiers under Gen. William ‘‘Grumble’’ Jones, advancing through Greenland Gap, encountered 87 Union soldiers who had taken positions in a church and cabins at the west end of the gap. The Union soldiers held off several assaults, refusing to surrender. After four hours of fighting, the church was set on fire and the Union forces surrendered. Union casualties were two killed, six wounded. The Confederates suffered seven soldiers killed, 35 wounded. Bartgis, Rodney "Nature Conservancy." e-WV: The West Virginia Encyclopedia. 13 August 2013. Web. 22 June 2017. 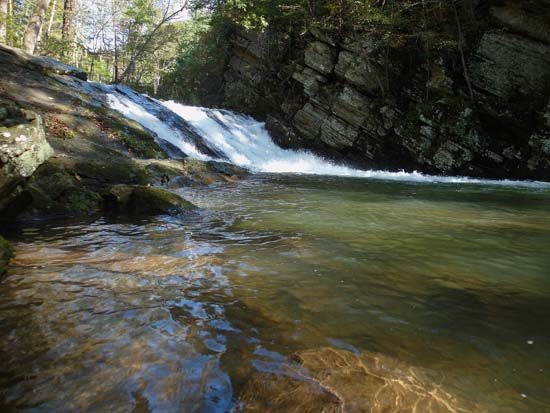